What movies are on at the cinema and where to find all the Hoyts, Event and Dendy Cinemas, all the Cinemas in George Street, the Outdoor and Open Air and more besides. We will not only help you find out what movies are on but also where the best places are to see them.

What movies are on at the cinema?

If you are keen to find out what movies are on the simple answer is all of them. The latest movies releases from the U.S. and elsewhere do not take long to reach Australia unless they are being held back for release during a holiday period.

The latest movies in George Street and in the City 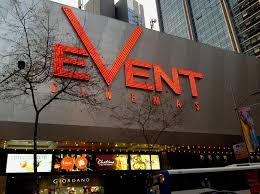 The link below will tell you the latest movies at the Event Cinema in George Street. It will also tell you what movies are on at the big screen IMAX Theatre in Darling Harbour, the Dendy at Circular Quay plus many more including all the Hoyts in the City.

Movies currently on in Sydney

The latest movies at the Hoyts, Open Air, Outdoor, George Street and in the City?

There is a variety of movie theatres in Sydney from the multi-screen complexes such as Hoyts, to Outdoor Cinema and Open Air Cinema to the independents. Sydney is very much an outdoor city and hence loves its outdoor and open air cinema but the complexes like Hoyts attract the biggest audiences.

Let’s start with the where are the Hoyts Cinemas? And then move on to the rest. If you want to know where the Hoyts Cinemas are you won’t have to look too hard as they have numerous movie theatres in Sydney. You will find Hoyts at the end of George Street in Broadway, at the Entertainment Quarter and Fox Studios.

Where are the Hoyts that aren’t in the City or near Moore Park?

In other words, where are Hoyts Movie Theatres in the rest of Sydney? Whilst they aren’t as numerous as they used to be, there are still quite a few. Just follow the link below to the Hoyts website:

As for the rest we found this more general link that appears to include most of the major suburban movie theatres, not just George Street in the city.

The combination of a fantastic harbour-side location between the Opera House and the Harbour Bridge make the Open Air Cinema at Mrs Macquaries Point one of the top 10 things to do in Sydney.

So what’s the difference between outdoor and open air cinema? I don’t think there is any difference really. It is probably just marketing. Whilst the Open Air Cinema is the best one to go to, there are a number of Outdoor Theatres that we have listed on the top things to do in Summer.

If you are in Sydney in June you are in luck. The Sydney Festival usually runs in June and it is crammed packed full of awarding films, movies and documentaries. Follow this link to the Film Festival for more information. 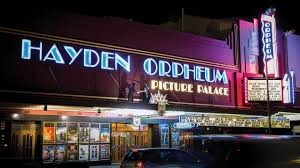 The Hayden Orpheum Picture Palace is one of the best places to see a movie as it is full of character and charm. If you like old-fashioned movies theatres you will find the Orpheum to be one of the best cinemas in Sydney. The movie theatre is just 10 minutes north of the Harbour Bridge in Cremorne. We listed the Hayden Orpheum Picture Palace in part because of the organ player who rises up from the deep to entertain the waiting patrons:

The IMAX Theatre is listed in the top things to do in Sydney not only because it claims to have the largest movie screen in the world, but also because some of the movies it shows are simply fantastic.

Top things to do in Sydney

As well as the movies, have a look at the top 100 plus things to do in Sydney along with top events, festivals and much more. For more details just follow this link to the home page and if you looking for things to do to avoid the weather outside we also have quite a few good options of what to do if it is raining.