Home Top 100 Things to do in Sydney Australia

Top 100 Things to do in Sydney Australia

Top 100 Things to do in Sydney Australia

Top 100 Things to do in Sydney Australia includes Cronulla, the Royal National Park, Parsley Bay in Vaucluse and ‘God’s Country’

For some reason Cronulla appears to have more than its fair share of smiling faces, Cronulla is clearly a fun place to be. Trains run to/from city but be warned the line is not highly regarded. Check to see if you can find an express service. Beach, Cronulla Sharks and general laid back holiday feel to the place gets Cronulla on to the list of the Top 100 things to do in Sydney. Cronulla beach is quite large and will take you well over an hour to walk its length. The northern end of Cronulla Beach offers you views out to the Royal National Park. Pimelwi Rocks whilst the southern has a view of Captain Cook’s Landing Place.

Cronulla is the ‘Gateway’ (i.e. nearest big place) to the Royal National Park. A bus ride and a ferry will take you there (Bundeena). The reported racial violence in Cronulla appears to be well behind us and sanity has been restored. Violence never resolves anything, serving only to deepen resentment, ignorance, anger and fear. Its ugliness has no place in a city gifted with so much beauty as Sydney.

Parsley Bay is one of the ‘hidden treasures’ included in the list of the Top 100 things to do in Sydney. Few visitors come to Parsley Bay even though it is only 10 kilometres from the Opera House.

The foreshores of this tiny but beautiful bay have long been one of Sydney’s favourite places. You should enjoy exploring Parsley Bay and you will probably be drawn to its small scenic bridge and its well maintained footpaths. The bay contains some shallow caves to explore, a small watercourse and dense native vegetation. You might just choose to find a comfortable spot and admire the view.

The sheltered waters of Parsley Bay are popular with both swimmers and scuba divers. The bay’s attractions have attracted a number of film makers and television producers for many years. So bring your camera. Bringing your car may involve a longer walk than planned as parking can be a challenge.

Dee Why Beach has more of a city beach feel to it than its neighbours further north. According to the locals, Dee Why is in the heart of ‘Gods Country’ and I’m not about to disagree so it gets a spot on the list of the Top 100 things to do in Sydney.

Rather than the most direct route, you could take a long detour for a more pleasant drive to Dee Why and beyond. Turn left into Seaforth after the Spit Bridge, take the Wakehurst Parkway and keep going. After driving through forest and past Narrabeen Lake you’ll arrive at Narrabeen. Turn left for Warriewood and the Northern Beaches at the end of peninsula all the way to Palm Beach. Turn right (south) for Dee Why past Colloroy.

Be mindful of your speed – the Wakehurst Parkway is an 80k limit road BUT Frenches Forest Road that leads into it is residential. Speed is limited to 60 to 40 depending on the time of day. A poor little girl was almost killed on a pedestrian crossing so please watch your speed.

Some welcome feedback from one of our readers:

“I would say all of the beaches on the northern beaches are great and worth a visit, Freshwater, Mona Vale, Bilgola to name a few, so all of the beaches really are great and very safe. Also, The Parkway is a fast road, its 80ks/hour nearly the whole way and there are no cameras, an occasional cop car with a speedo…Just thought I’d mention these couple of things. And yes, it is definitely God’s Country!”  – If you have any comments please get in touch

You can play golf in most cities but Sydney, and its surrounds, has a large number of courses and arguably some of the best in the world. Not having hordes of players behind you, nice scenery and off chance of a marsupial bouncing about just might improve your game. 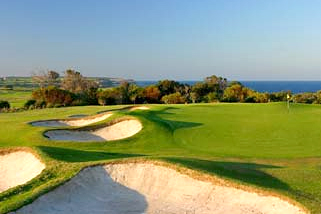 Follow the golf links to access 100 or so courses with ratings attached. Ring ahead to ensure you don’t have to be a member. (I believe Chatswood and Moore Park are two centrally located courses open to the public but call first). Please ensure you meet the golf club’s dress code e.g. no thongs (sandals) or singlets (skimpy t shirts) to avoid any possible disappointment.

St Mary’s Cathedral is worth admiring if you like gothic looking buildings. There is a free tour of St Mary’s Cathedral at noon on Sundays that commences at the main entrance. If you want to get married St Mary’s would like at least six months’ notice, so I suggest you hurry up and ask someone!

The inviting Clovelly Beach is very popular with the locals and ideal for children and anyone not keen on swimming in rough seas. The breakwaters are very effective and the beach slopes very gently into the sea. A relatively new cafe nearby and the Clovelly Hotel adds to the areas appeal.

Sunday nights – live music followed by a free bus to the Place Hotel in Coogee for a boogie. Alternatively, enjoy a tasty but reasonably priced lunch. The Clovelly Hotel is one of Sydney’s better pubs.

I hate shopping too, but you probably ought to buy somebody something and then there’s fish.

Paddy’s Market is the largest non-fish market in the city. Open Thursday to Sunday in the Haymarket area in the heart of town.

The Fish Markets is ‘where the city meets the sea’….made me smile. Open 7am every day. See the Sydney Fish Market (SFM) website from the link below for a detailed page on how to get there and more information about the ‘largest market of its kind in the southern hemisphere’. The Fish Markets are not far from the Madonna’s Bra and are relatively easy to drive to.

Alternatively, visit Glebe Market for a second hand jacket (‘alternatively’ is a bit of a clue).

Or more up-market market you could go to Paddington (Paddo) Market.

You could also try Birkenhead Point for a less touristy, more factory outlet (a phrase meaning ‘shop’?) and pleasantly situated by the water. Catch the ferry (but only Monday to Friday)

We have added a link to a useful award winning website that gives you virtual guide to Sydney’s best and latest markets selling everything from fresh food to antiques.

For the party animals that like a sing-along there’s the piano bar at Minskys at the Metropole Hotel in Cremorne. Popular with the late, late, late why do I always end up here less than totally sober crowd. “Our legendary Piano Man can be found every weekend singing all the classics like “Tiny Dancer” and “American Pie,” plus all your favourite requests.”

The Harbour View Hotel is a pub with a harbour view (surprisingly) but not from the ground floor – take the stairs, they are located on your left as you approach the pub. The Harbour View Hotel is on the pricey side if you lunch but very pleasant. Nice bar with a veranda perched almost directly under the Sydney Harbour Bridge allows you to wave at the gray suits climbing up the bridge.