Home Things to do in Canberra

Things to do in Canberra

Things to do in Canberra, Capital of Australia

What to do in Canberra?

Canberra is a city of 300,000 people most of which work directly or indirectly for the Federal Government which, as we know, works for all Australians. So if you are Australian, you own this place, you are the boss. 🙂 Here are some bossy things to do. 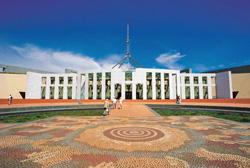 The main attraction is the work house (Parliament House) where your representatives slave away making up rules and talking a lot. The original cost of Parliament House was $1.1 billion. For that you get great views / photos from the top of the building of Canberra without Parliament House in them. There are also paintings, marble, comfy chairs and the occasional ‘pollie’ on a mobile phone.

A thing to do whilst in parliament is to think up ways in which you can get a return on your investment. Selling it to the Chinese or a Parliament Casino are two popular options. Don’t forget to let someone know of your idea before you leave. Times are tough, it might happen.

The Questacon National Science and Technology Centre is particularly great for kids, adults and everybody in between. Very interactive and engaging. You have to try a few things rather than stand back and watch. It will be fun.

You should also check out the:

Finally, you might find a visit ‘The Lodge’, occasional home of the Prime Minister, very interesting.

Head for the Snow? 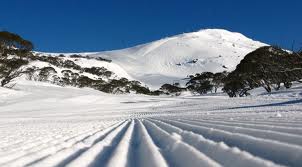 Having travelled as far as Canberra you could keep going south for the snow. The Ski Slopes of Perisher Valley and Thredbo are not far away. The Ski Season runs from June to October. The linked page below contains a video of what skiing is like in Australia:

Sydney – best city in the world

If Sydney is the best city in the world so why are we encouraging you to leave it. It is a bit silly I guess but we all need a break. Anyway, there are still loads of things to do in Sydney:

Not to mention the events that are happening all over Sydney and Sydney’s never-ending parade of festivals. See the menu above and never give up, there is always something to see and do.